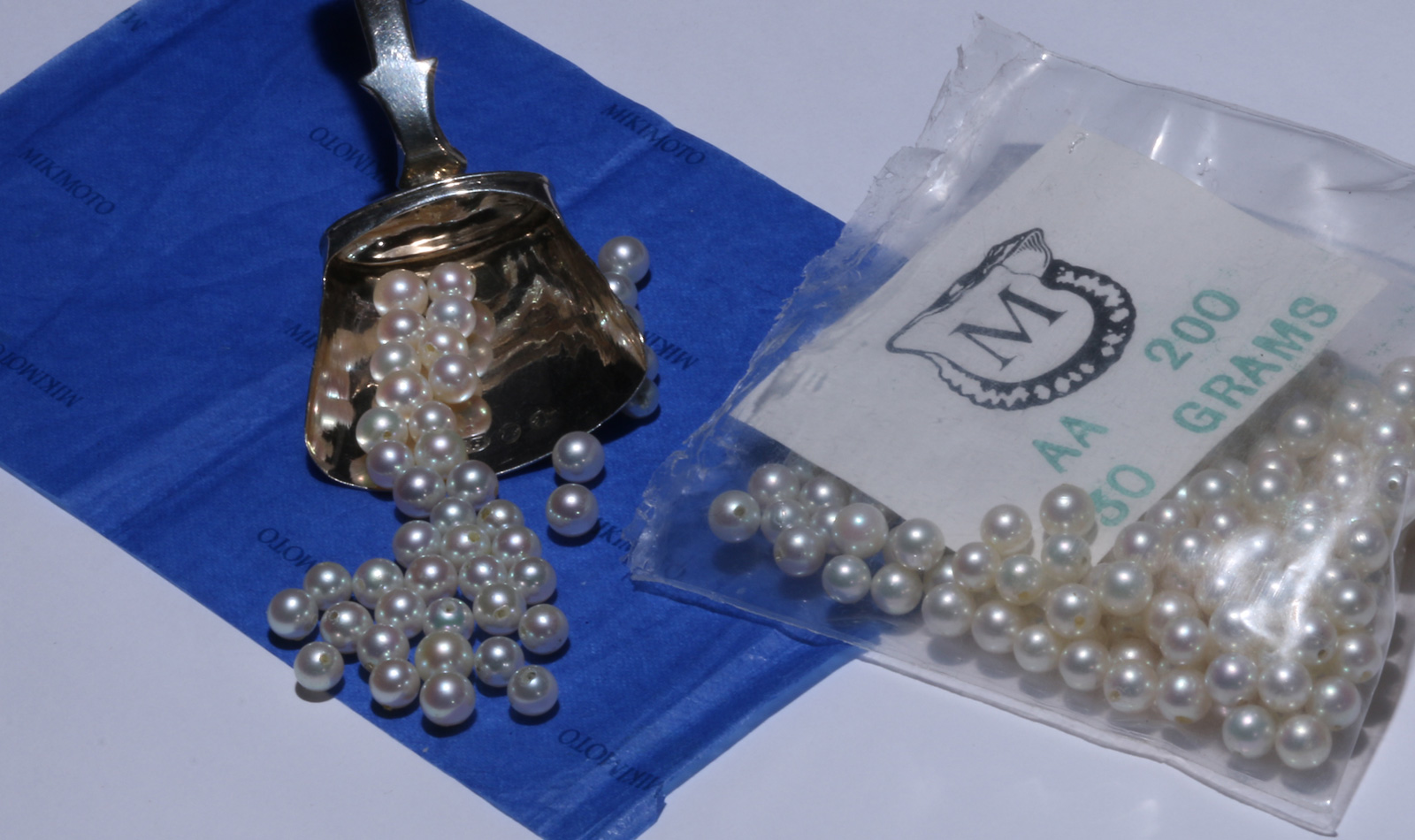 Between 1884 and 1895 a British scientist, William Saville-Kent, whilst working in Australia as Commissioner of Fisheries for Queensland and later Western Australia developed a system of cultivating pearls by placing small spheres into an oysters mantle causing irritation and forming a pearl. Not perfect by any means, two Japanese men, government biologist Tokichi Nishikawa and Tatsuhei Mise a carpenter, had heard about Saville-Kent's work and independently of each other, been experimenting in pearl cultivation themselves. In 1907 Tatsuhei Mise obtained a patent for the needle used to implant the spheres into the oyster. Beating Tokichi Nishikawa to the patent, they decided to go into business together as a compromise. The Mise-Nishikawa process was formed.

While all this was going on, another Japanese man Kōkichi Mikimoto was also busying himself experimenting on cultivating pearls in oysters. Not very successfuly in the early years, he only really succeeded in forming 'Mabe' pearls - more like a blister in mother of pearl. Later Mikimoto learned of the Mise-Nishikawa process and in 1916 he altered his own patent to produce round pearls. However his process was a commercial disaster, so in 1916/17 Mikimoto agreed with Mise-Nishikawa to use their techniques and the Mikimoto story began. Named as the 'Father' (unreasonably so really) of the cultured pearl, his experimentation and hard work led to the pearls they are today. Perfect cultured pearls which are difficult to rival.

Called Akoya Pearls, they differ from other cultured pearls because they have perfectly round center core artificially placed into the oyster and are grown in salt water off the shores of Japan. They have thin layers of 'Nacre Which forms over the round man-introduced nucleus

OUR PEARLS - THE CUBITT COLLECTION. 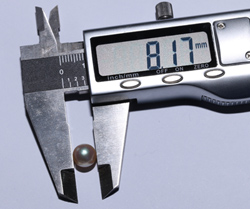 In every Cubitt Collection Tiara sits Mikimoto Pearls. The photograph above shows some of our Mikimoto pearls being sorted prior to setting. but We also use freshwater pearls. The type we use rival the Japanese Akoya. Freshwater pearls are cultivated as the name suggests in freshwater, not salty sea water. The mollusc, or oyster type differs too as does the process. Rather than use a perfectly round ball as a center, freshwater cultivated pearls use a very small square section. From this irritant section the 'oyster' forms its pearl. Importantly, unlike Japanese Akoya pearls which only builds nominal layers of outer coating or Nacre around it's ball nucleus, freshwater pearls build up many layers of nacre resembling a completely natural pearl. One very big draw back is they are seldom round!. We love the idea of having pearls with this multi layer nacre so we also use them. Does that mean our pearls aren't round?. Not a bit of it. Our suppliers sort through 1000s of pearls to give us the best. Then, we test every pearl with micrometers for roundness only the most perfectly round are used. After all this, we repolish the nacre to the best possible luster using ground up pearls.

There is a saying in the jewellery trade to describe a very round pearl...'Eight Way Rollers' or 'Straight Line Rollers' meaning they are so round they roll in a straight line in all directions.

Shown here is a very special pearl. A single natural pearl, not dyed or coloured in any way, it is half white and half pink. This shape is called a Baroque, the French definition in the 1694 edition of Le Dictionnaire de l'Académie Française, tell us that baroque is "only used for pearls that are imperfectly round". Some interesting baroque pearls like ours can be very valuable. We used this very special baroque pearl in our Victoria Tiara.